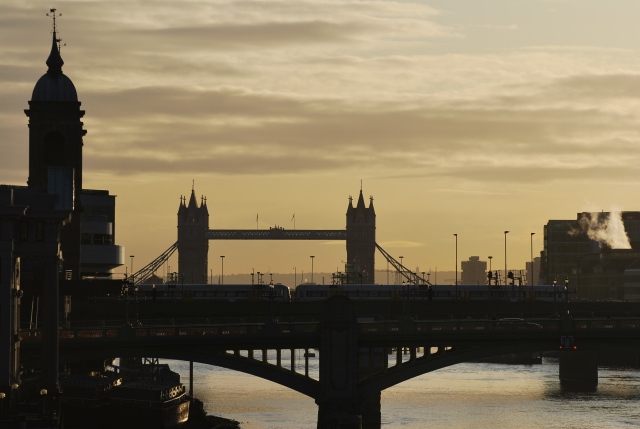 Kings Cross has relatively bad air: it’s a huge transport hub with very high levels of car, taxi, bus, lorry and diesel train movements.  I lived in the gyratory for a while and the pollution was ghastly.   But it looks like things could be even worse than normal over the next few days as the Met Office forecasts ’10/10 Very High’ air pollution for London as a whole.  It’s a combination of a winter high pressure trapping London”s smog, which is added to by a light Easterly wind that is bringing extra pollution from continental Europe.

‘Adults and children with lung problems, adults with heart problems, and older people, should avoid strenuous physical activity. People with asthma may find they need to use their reliever inhaler more often.’

A few points worth bearing in mind:

the nice hazy look in the morning is probably chemical smog

According to the Mayor’s office air pollution incidents have caused hundreds of hospital admissions in London.

Active in Kings Cross London and South Oxfordshire, founder of Talk About Local, helping people find a voice online and a trustee of The Indigo Trust , Good Things Foundation and ThreeSixtyGiving as well as Connect8.
View all posts by William Perrin →
This entry was posted in Bad Gyrations KX Campaign, Community Health and Welfare, New and tagged pollution, smog. Bookmark the permalink.