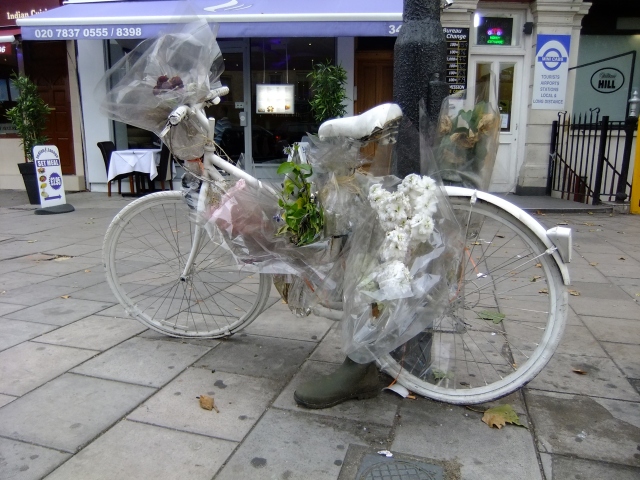 The recent round of inquests into tragic cycling deaths with poor TfL road design in the spotlight prompted me to ask the Crown Prosecution Service for a statement on the accident that tragically killed Deep Lee in Kings Cross two years ago, which they provided today.

“I have carefully considered all of the available evidence in relation to the potential criminal liability of Transport for London (TfL) for the death of cyclist Min Joo Lee.

“I have concluded that the evidence does not provide a realistic prospect of convicting TfL for either corporate manslaughter or gross negligence manslaughter in relation to this tragic incident, in which Miss Lee was killed after being hit by a lorry on Gray’s Inn Road in London on 3 October 2011.

“The Corporate Manslaughter and Corporate Homicide Act came into force on 6 April 2008 and does not apply in relation to anything done or omitted before this date. Due to the dates of relevant revisions to the road layout prior to this date, I can only consider offences under the common law for gross negligence manslaughter and not under this Act.

“In order to prosecute an individual under the common law the CPS would have to prove that the individual personally owed a duty of care to Miss Lee, that they had breached that duty, that the breach caused her death and that it was grossly negligent so as to amount to a criminal offence.

“To prosecute the company under common law we would have to identify an individual who meets this description, in that they are personally guilty of gross negligence manslaughter, but who could also be proved to be a directing mind of the company.

“Having considered the evidence in this case, we could not identify such an individual, nor that there had been any potential breach of a duty of care, therefore there could be no prosecution.

“In reaching this decision we took into account the fact that other vehicles had stopped in the advanced stop line at the junction, causing Miss Lee to stop behind it, which may have been the reason the lorry driver did not see her. However, the actions of the other drivers cannot be blamed on TfL or prove that there had been a breach of the duty of care.

“I have therefore concluded there is insufficient evidence to provide a realistic prospect of conviction against TfL for gross negligence manslaughter.

“I extend my sympathies to the family of Miss Min Joo Lee.”

After a long campaign by this website and the community and much work by the police at least we now know formally where we are (the police tipped me off informally a few weeks ago).  The statement is a helpful clarification of how CPS approach the flawed corporate manslaughter laws with respect to roads.   I am not an expert on procedure but this might mean that there is now an inquest by the coroner [UPDATE – inquest date set].

Campaigning to improve the dangerous junctions around Kings Cross for all road users will of course continue and our sympathies again go out to Deep Lee’s family and friends.

Active in Kings Cross London and South Oxfordshire, founder of Talk About Local, helping people find a voice online and a trustee of The Indigo Trust , Good Things Foundation and ThreeSixtyGiving as well as Connect8.
View all posts by William Perrin →
This entry was posted in Road Safety in Kings Cross. Bookmark the permalink.