When the Mayor is in charge of the police who will investigate him and his staff…? 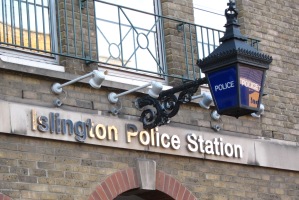 TfL has questions to answer about whether its policies and practice adds up to corporate manslaughter of cyclists on the London roads it manages. TfL is part of the set of bodies compromising the Greater London Authority executive, answering to the Mayor. One Assembly Member has said to me that on several occasions the Mayor has said in effect that ‘I am TfL’.  This sounds like the sort of thing he would say, although I can’t find a specific reference.

Several of the corporate manslaughter issues under question are under the direct ambit of the Mayor and his senior officers/appointees. For instance – the conflict between the Mayors ‘smoothing traffic flow’ policy and interventions at junctions to make them safer for cyclists which might hold up traffic flow in direct contrast to the Mayor’s policy.  Also at question is the Transport Commissioner’s own adherence to his letter of 2005 on implementation of London Cycle Design Standards.  So in my view there is a case for investigating the Mayor and his senior staff – I am writing a longer article on the heads of investigation which will appear on this site shortly.

Normally one would expect the police to investigate this sort of thing, perhaps prompted by a coroner. And then report on prosecution under the Corporate Manslaughter and Homicide Act to the Crown Prosecution Service which would take a final decision.

But in London the Mayor is about to take over the police under the Police Reform and Social Responsibility Act.  The Metropolitan Police authority will be abolished and the Mayor’s Office for Policing and Crime will take over.  In general I support local accountability of the police through elected politicians – the old police authorities, boards etc were unaccountable and out of touch.  The police are a tough and effective bunch but it would be ‘complicated’ to say the least for a police inspector to recommend an investigation of the Mayor just as control of the police will revert to the Mayor.  This is especially important where the case in complex and the law (the CMHA) weak.

So I have been trying to find out who would investigate the Mayor when he his policies and senior staff are in the frame.  There’s nothing on the (poor) website. I’ve taken sounding of contacts and no one is quite sure – it’s all new stuff.  Going back to the law, Schedule 7 of the Police Reform and Social Responsibility Act suggests that the Secretary of State has to make regulations to allow the Independent Police Complaints Commission or a force under their supervision to investigate serious complaints there is a commencement order for October 2011 but I can’t find any specific regulations other than a commencement order (it may be that this commences Schedule 7 as the regulation).

So it’s all a bit unclear – can anyone help us work out quis custodiet ipsos custodes (as the Mayor himself might say)?

Someone has helpfully sent me a link to the draft complaint regulations – it seems that complaints are made initially to the London Assembly Police and Crime committee that then has to decide whether to refer them to the IPCC. But I think it all depends upon what hat the Mayor is wearing – if he is Chair of TfL, does he still get to investigate himself with his police commissioner hat on?

Fascinating for constitutional lawyers, baffling for the rest of us. Any further insight welcome in the comments.

Active in Kings Cross London and South Oxfordshire, founder of Talk About Local, helping people find a voice online and a trustee of The Indigo Trust , Good Things Foundation and ThreeSixtyGiving as well as Connect8.
View all posts by William Perrin →
This entry was posted in Road Safety in Kings Cross and tagged corporate manslaughter, crown prosecution service, Greater London Assembly. Bookmark the permalink.

2 Responses to When the Mayor is in charge of the police who will investigate him and his staff…?