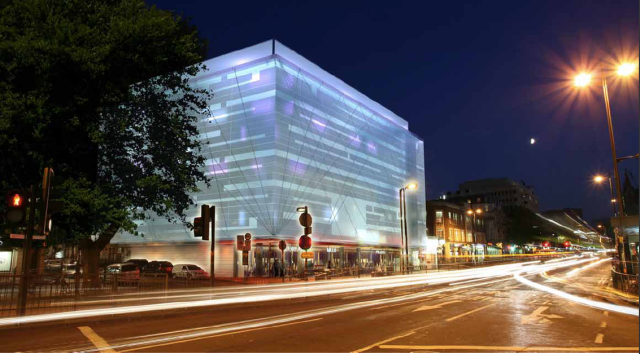 In other news about hotel developments in the area, the proposal to build a 7-storey hotel directly opposite King’s Cross station has been rejected.

Camden Council has cited 18 reasons why permission was refused, but the main two justifications are about heritage conservation and the unsympathetic design.

The rejection states that demolishing three Georgian properties to make way for the block would “result in the loss of a terrace of buildings which is considered to make a positive contribution to the character and appearance of the Kings Cross Conservation Area” and “the design of the proposed replacement building, by virtue of its height, bulk, mass, footprint, and detailed design would have an overly dominant and intrusive impact upon the setting of several listed buildings and disrupt the balanced harmony…”

The publication of the plans on this site in late November 2011 revealed very strong local opposition, and numerous objections were registered. The developers have been working on this proposal for five years it seems. We’ll have to wait and see if this is the end of the story…

Clare is a writer and editor who lived in King’s Cross for a decade. She is passionate about local history, transport and food. Contact Clare by commenting on her posts or go to http://www.clarehill.net
View all posts by Clare Hill →
This entry was posted in Architecture, Planning, Licensing and Regulation. Bookmark the permalink.